We’re proud to be a financial services partner with a genuine difference. That difference can be seen in how we work with customers—and with one another—to help the people, companies, and communities we serve to prosper. 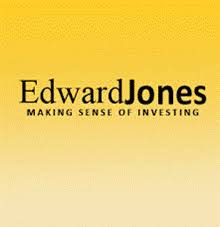 At Edward Jones, my only goal is to serve you, my clients. My passion is to educate my clients about the many investment products available and help them determine what is right for them. I believe in a long-term investment approach that enables you to reach your financial goals. Our approach is to determine what is important to you, assess your risk tolerance and investment time frame, and then develop tailored solutions that uniquely fit you.

I am passionate about your retirement plan and look forward to helping you reach your goals. I am also passionate about saving for education and educating our youth so they can continue their careers with a manageable amount of debt.

As your financial advisor, I pledge to do what's right for you. I am only successful when you are; it's that simple. I am excited about building my business one client at a time and using my real-life and professional experience to serve you.

Call for a free consultation. I look forward to getting to know you. 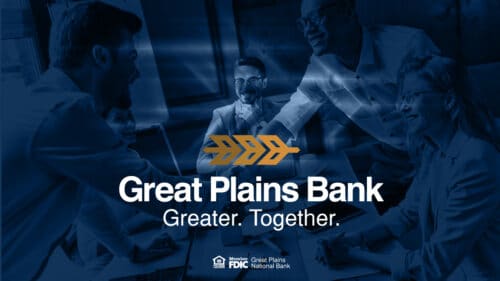 Our commitment to provide the best kind of banking can be summed up in our mission statement: “To exceed our customers’ expectations by delivering superior customer service that will lead Great Plains Bank to being the dominant bank in each of our markets. Ownership and management are committed to this same level of service to our family of employees.”

Heritage. Trust. Respect. These are the things that make us great. With deep roots across Oklahoma and Texas, we’re in touch with the communities in which we live and work.

Community Bank.
Serving customers for over 130 years is a legacy of which we are really proud. Remaining steadfast through historical, economic, and technological changes have built a tradition of service that withstands the test of time.

Thank you for your interest in Legend Bank. We are proud of our history and look forward to serving you with your needs today. 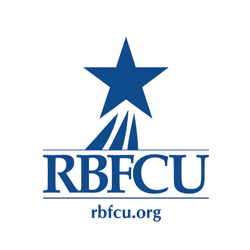 With high-value products and services, Randolph-Brooks Federal Credit Union (RBFCU) is a trusted financial partner for thousands of members in Texas and around the world. RBFCU offers all the banking services you would expect from a leading credit union, and we've also made it our mission to help improve our members' economic well-being and quality of life. Our commitment to personalized service makes RBFCU membership the smarter banking choice. 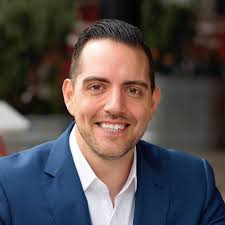 Andy truly loves serving and being of help to others and believes his role as a State Farm Agent is one that demands honesty, integrity, and compassion. If you're looking for car, home, life, health, motorcycle, RV, or commercial insurance, you've found the right Agent! We're here when you need us. 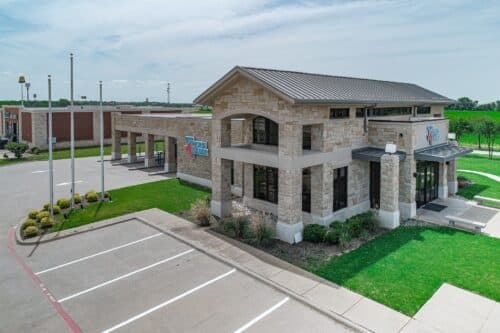 Looking for greener pastures?
SWITCH TO TEXAS BANK.
Texas Bank first opened its doors for business in May 1973. The bank was originally established in Tatum, Texas by a group of local investors who saw the need for financial services from a community institution that could better serve the town's needs.

Still Growing Strong
The bank experienced success and grew steadily. In 1987, Henderson businessman and investor W.C. George acquired the majority of the bank's stock. That same year, ground was broken for a branch in Henderson; the branch opened its doors a year later at its location on Highway 79 N.

Texas Bank continued to grow in the following years. An extensive building project in 1995 gave the Henderson location a new computer center, community room, additional office space, and a more convenient drive-through facility to make banking "on the go" easier.

In 1999, the Nacogdoches Branch of Texas Bank opened its doors at 500 North Street. Five years later, the Convenience Center at 1815 Hwy 79 S was added. Branches were opened in Longview and Tyler in 2009 and 2010, respectively, opening up the customer base and offering more people the convenience and personal service only a local banking institution could offer.

In late 2013, the Henderson Downtown location was opened, which gave the community of Henderson and Rusk County yet another location to help meet the needs of the area.

In September 2016, Texas Bank merged Prosper Bank into the family of branches.  With their strong, independent-minded history and reputation as a community bank, Prosper Bank was a great strategic fit into the Texas Bank system.  The move brings in over 100 years of banking history in providing superior customer service and generously supporting the communities where we live and work.  This merger has opened up two additional Texas Bank locations, one in Prosper and the other in Frisco, both of which serve Collin County Texas.

In July 2020, Texas Bank opened a branch in Anna TX.  This location will aid in deepening ties throughout Collin County.

In October 2021, Texas Bank opened a branch in Van Alstyne TX, our first location in Grayson County.
Committed to Your Success
Throughout the years, Texas Bank has endeavored to be a key part of all of the communities we serve, providing essential financial services at every location. We offer a comprehensive list of checking and savings accounts, as well as loans and business services. In addition, all locations have drive-through banking and ATMs for the convenience of the customer.